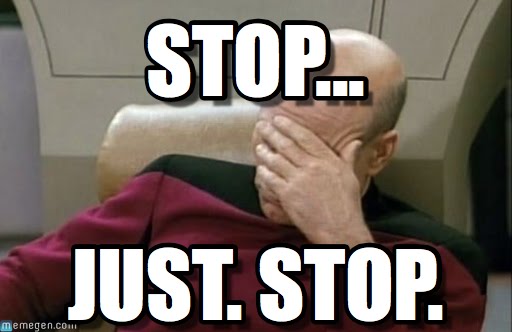 It’s time for me to channel my inner Andy Rooney. Remember him?

He was the cranky old guy that would always close out each week’s installment of 60 Minutes on Sunday evening, with his wry, questionably humorous, and generally grumpy observations and complaints about various subjects.

In that light, I hereby present my list of Jewish-themed expressions that I would like to retire forever. These are all cringe-worthy, fingernails-on-the-blackboard items that should never see the light of the sanctuary again (assuming there’s a sanctuary anywhere that actually lets natural light in and is not a dark paneled relic of the 1970s).

Here we go–let us never use the following terms or expressions again:

Unless you are living in an Orthodox community in Brooklyn, there is never a proper time to use this word. I can’t describe all the ways that it is at best, outdated, or at worst, simply inappropriate. Rabbis come in all flavors: male, female, gender non-binary, and live as single, married, or partnered individuals. Furthermore, by referring to a rabbi’s spouse (even a male rabbi’s female spouse) by a certain term, you are denying that person their own identity, profession, and personal level of observance or spirituality. A rebbetzin, by definition, is nothing more than an extension of her husband, and is expected to behave in that light.

There is supposedly a corresponding term for a cantor’s spouse (wife). I could tell you what it is, but why bother? Don’t ever use it.

The word you’re looking for is Reform. As in–“They belong to a Reform synagogue.” Or–“They grew up Reform, but then joined a Conservative congregation.” How about–“The Reform rabbi’s husband did not appreciate the rebbetzin jokes.”

Hopefully when you finish reading this post, all of you will be reformed in your use of certain terms.

Over the years, I have noticed an insidious example of cultural confusion at many b’nei mitzvah parties. The well meaning family arranges for the opening dance to be a hora–and the DJ or band are happy to oblige. Everything starts smoothly–the circle is formed, Hava Nagila is sung (or butchered), and chairs are brought out. But all of a sudden, the DJ starts barking directions: “Everyone circle to the left!” “Everyone circle to the right!” And then, inexplicably, “Everyone Do-Si-Do!”

Please, this can never happen again, ever. The Do-Si-Do is not now nor has it ever been part of a hora. You’re better off standing still, looking awkwardly into the circle, and just clapping your hands until it’s over. Each time any bar mitzvah guest performs a Do-Si-Do at a party, an angel loses its wings.

The Do-Si-Do (unless you’re square dancing):

Oh, how I hate this expression. As if we all don’t have enough problems with the rising level of anti-semitism in the world, now we have to pass judgement on each other, and decide that someone who comes to services a certain number of times is somehow a better person and representative of the Jewish religion than an individual who makes different choices about synagogue attendance.

Of course, the true indicator of this popular saying’s destructive message is that so many Jewish people use it to describe themselves! So here’s a new message for you: Come to shul however often (or not) that you decide is appropriate for you. Express your Judaism in whatever way that you feel best represents your own level of meaning and spirituality. I promise you that no matter what you choose to do or where you choose to do it, some Jewish organization somewhere will consider you religious enough to hit you up for a donation.

What Jewish expressions make you wince with pain each time you hear them? Send me a comment and we can all suffer together.

3 comments on “My Personal Retirement Plan”