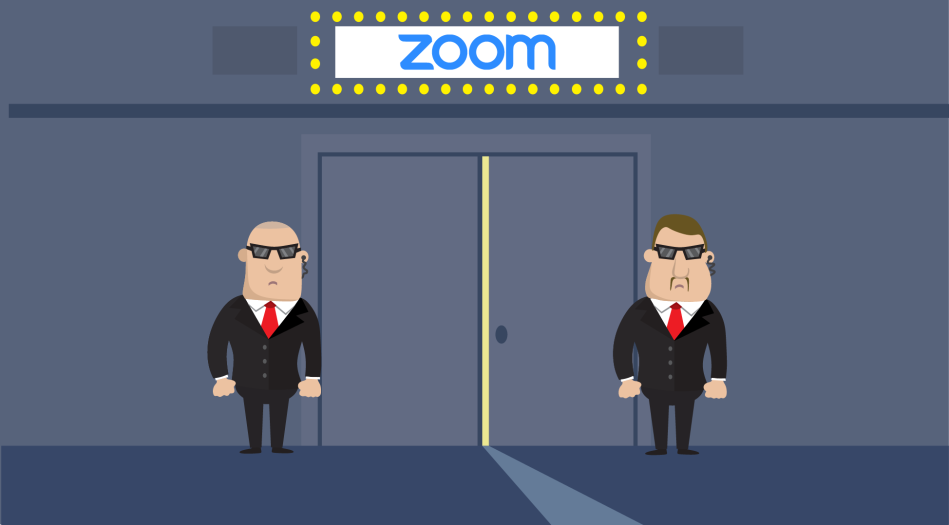 Like most of you, I’ve spent more time on Zoom over the last couple of weeks than I could ever have imagined. I’ve taught one-on-one lessons as well as participated in meetings so large, the “Brady Bunch” panel of faces took up 5 pages. Unfortunately, I’ve also seen that many of you have not yet quite mastered the Art of Zoom. It’s time to up your Zoom game and make sure that you’re not one of these very familiar people:

Has the camera aimed way up so that all we can see is his nose, most of his septum, and if we’re lucky, his eyes gazing down at an unnatural angle.

Inexplicably refuses to aim the laptop just a littttttle bit lower so we can see more than just his eyes and the top of his head.

Is completely back lit and has no light aimed at his face. Looks like he’s either in a film noir or is one of those disguised witnesses testifying against the mob.

Refuses to put the computer on the table and instead rests it on his lap. Now every time he breathes, talks, or God forbid coughs, it looks like an earthquake.

Walks around his house during the call so we see the entire series of ceilings throughout the place. Makes everyone else on the call completely seasick.

Has the camera aimed at the side of his face while he tends to something “much more important” right in front of him.

Has the computer going, but is sitting alllll the way in the back of the room. Can barely make him out back there.

O Brother Who Art Thou

Can’t figure out how to enter the proper name for his account.

The one who refuses to play at all and simply displays his name, as if his very image would be so disturbing as to bring the rest of the call to a crashing halt.

Insists on logging into the call on his phone and sets it up vertically, so all we see is a thin column that spans his two cheeks, while most of the box is filled up with 2 huge black blocks on either side. If you have to use the phone, please just turn it on its side.

The person who sets up on his balcony or deck in the sunshine, just to make everyone else in the rest of the country feel bad.

The one individual who always seems to be in the bad wifi zone. Constantly glitches and freezes in the middle of a sentence, making everyone else look at each other awkwardly, wondering if he’ll ever come back, and when he does, we have to listen to everything we missed sped up triple time until it catches up.

The one person to whom everyone else keeps saying and gesturing, “You’re on mute! UNMUTE yourself!!”

The person who feels the need to log into the Zoom call while driving.

Has absolutely nothing in the background. Sits in front of an all white wall with no pictures, furniture, shelves, or anything. We wouldn’t be surprised to see him holding up today’s newspaper to prove that he’s alive.

Be this guy. Has the camera aimed right at his face, is well lit, and is set up in front of a pleasant background of bookshelves or family pictures.